So many souvenir hoodies are simply printed with the name of the city they are from. Some customers like this simple design. But others will be delighted if they can find more unique, interesting souvenir hoodies that show or tell something meaningful about the place they visited. So, what interesting things might you want to add to your souvenir hoodies from Paris, Texas? Here are a few ideas:

The Eiffel Tower and a Cowboy Hat

The fact that Paris, Texas shares a name with a city in France is not a coincidence. The city in Texas was actually named after the city in France. You can honor this unique piece of Paris trivia by having your hoodies printed with both an Eiffel Tower and a cowboy hat. The Eiffel Tower symbolizes the name that originated in France, and the cowboy hat symbolizes the heritage and traditions of Texas. You can even have the hoodies printed with a cowboy hat sitting on top of the Eiffel Tower.

Camp Maxey is a camp of the National Guard of the Texas Army. It's not only an important location for Texas's military but a symbol of freedom. Many people who visit Paris, Texas are actually visiting service members, and they will appreciate being able to bring home a hoodie with an image of Camp Maxey on it. You can include the text "Camp Maxey" above the image of the camp and the text "Paris, Texas" under it.

Paris has a unique history with mules. In the early 1900s, many local farmers bought aged mules from a businessman named Rufus Scott, whose mansion still stands in the town. Mules have continued to be popular in Paris, so a hoodie that says "Paris, Texas" with an image of a mule is likely to be popular.

Rather than sticking with the basics, get creative with these hoodie ideas. Visitors to Paris will appreciate the ingenuity of these Paris, Texas souvenir hoodies. 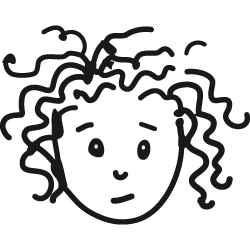 Hi! My name is Janice, and I’m going to share some tips I’ve discovered about online shopping, in particular, buying clothing online. When I first started shopping online, I would buy things and ended up keeping stuff that I didn’t care for or didn’t fit. It seemed to be too much of a hassle to return items. So, my first word of advice is, do return things that you don’t want. Most companies have excellent return policies and some make the procedure simple. It’s your money, and you should only spend it on what you expected to receive. Some of the other things I’m going to share are about the importance of reading reviews, paying attention to size charts, and revisiting shops you’ve had success with. I hope you find what I’m going to share to be of value!